Have you ever wished to read about Scotland, but in Scots? The petition to close Scots Wikipedia1Proposals for closing projects/Closure of Scots Wikipedia, Wikimedia.org is just one instance of a long-running and often bitter debate about whether Scots is a language, a dialect, or just an accent. By the time Shakespeare wrote his plays, the ‘Middle English’ spoken in England and Scotland had already begun to diverge. The branch spoken in Scotland developed independently for hundreds of years until the unification of Scotland and England started to bring the languages together again, producing ‘Scottish English’ in urban areas. Scots still exists in some of the more remote parts of Scotland (as does Scottish Gaelic, which has a separate history again).2English and Scots in Scotland (PDF) – Introduction, The University of Edinburgh

This common origin is the source of much of the debate, where those against the recognition of it as a language would see it as merely an extreme regional variant of English, like Cockney or Scouse; whereas those who uphold its position point to the derivation of many separate words having strong linguistic ties to Old English and therefore being very distinct from ‘slang’.

The Mother Of All Sciences

God, by virtue of having set them up, is also able to overrule them through his own intervention, just as a child who builds a Lego world can reach down and move any brick they choose, even in ways impossible according to the world they have imagined in the Lego.

What do marmalade, socks and One Direction have in common? According to Wikipedia, they’re all branches of philosophy. Well, that’s not really what a ‘branch’ of philosophy is, but it shows that ‘philosophy’ is one of the broadest terms we have for any sort of thinking about how the world works. The word originally referred to any sort of knowledge3Philosophy, Online Etymology Dictionary, and so one of the most famous works of science of all time is called ‘Mathematical Principles of Natural Philosophy’ (even if you don’t know it by name, it’s in this book that Isaac Newton wrote about gravity). In it, he even gave four ‘Rules of Reasoning in Philosophy’, which are familiar to modern principles of scientific research. Newton called the study he did natural (or experimental) philosophy because that is what science was called at the time – the term ‘science’ only began to be used a hundred or so years later. At around the same time as the term ‘science’ was being coined, the term ‘religion’ was being changed from its original meaning of ‘worship’ to mean the organised system of belief that accompanied it.4What is science, and what is religion?,
Stanford Encyclopedia of Philosophy

Therefore the apparent tension between science and religion is born not from their differences, but from their similarities and shared history – just like the arguments about Scots and English as languages. They both attempt to understand how the world around us functions, just from quite different perspectives: science explains natural phenomena using natural causes (which is to be expected of what was once called ‘natural philosophy’), and religion gives answers to the way the world is and how people are based on God’s perspective. As a result, they do not need to be competing: (in simplistic terms) one examining the ‘how’ and the other the ‘why’ of something happening. Therefore there are many scientists with Christian (and other religious) beliefs who find their faith and their work complementary, not contradictory.

Christians who believe in Jesus walking on water do not deny the science of buoyancy, and will wear a buoyancy vest when kayaking, but they also believe that God is very capable of making an exception to the rule to demonstrate his supremacy over the world he has created.

There is a view that states that only things which the laws of physics affect exist, called materialism.5Materialism, Encycloædia Britannica This completely discounts the validity of religious belief by claiming that there is no such thing as a person’s spirit, or that there is no heaven, hell or God because these things are not physically present in our universe. There is an immediate intuitive appeal to the idea, because it’s easy to call into question the existence of things that can’t be interacted with and because we respect science as a reliable means of discovering what is true. Therefore materialism states that only that which science can discover is true.

But there’s an unintuitive side to it too: things that you don’t think of in terms of being physically present, like a conversation, have to be thought of in terms of what can be described using biology, chemistry and physics: changes in chemicals in the brain transformed into electrical impulses in the nerves; vibrations in your vocal chords making vibrations in a person’s throat to send vibrations through the air to vibrate a person’s eardrum; transformed into electrical impulses in the other person’s nerves to bring about a chemical change in their brain. If you think that was hard work, imagine having to try and describe what philosophy is in those terms!

When reality shows were first becoming a major part of the television schedule, a film was made that was meant to be a mockery of the ‘ultimate’ reality show: depicting the entire life of one man who doesn’t even know he’s being filmed. The film is set in an enormous studio, with a small town on an island in a lake all inside the building. Truman Burbank lives on this island, completely unaware that everyone he knows is an actor, and always being subtly dissuaded from leaving the island. After seeing something unnatural, he begins finding small ways to test out how real his life is. After doing increasingly unpredictable things, he becomes sceptical of how coincidental and contrived situations are, and he sets out on a boat to see what’s across the sea. Jarringly, he crashes into the wall, painted blue as the sky, and so climbs out of the studio to begin to explore the world as it really is, as he’s never seen it before. There were questions that he now had that couldn’t be comfortably answered within the dome of the studio building, things beyond the scope of his present reckoning.

…science explains natural phenomena using natural causes (which is to be expected of what was once called ‘natural philosophy’), and religion gives answers to the way the world is and how people are based on God’s perspective.

Because it refuses the possibility of things that cannot be observed through science, Materialism limits not only the number of things that might exist, but also limits the types of questions that have meaningful answers. Imagine Truman had stayed inside the studio and not tried to learn about the world beyond the walls of his artificially constructed life – though he could have learned everything there was to know about his island, there would be questions about the wider world that he would never be able to know. Materialism limits us in the same way. The most vital question that is outside the walls of what can be answered by science is: ‘Can anything exist that cannot be discovered through scientific means?’ This means that to believe in materialism, it must be taken as a position of faith with no means to support itself. It is this idea, pretending to be ‘science’, that sits in the challenge ‘Hasn’t science replaced the need for religion?’ Therefore, it is entirely coherent to appreciate the value of scientific means of finding out truth and to believe in things that cannot be understood through science alone.

But What About Miracles?

Sometimes, the question isn’t about science’s compatibility with faith in spiritual things. Instead, people can take issue with the fact that taking the Bible seriously means having to explain supernatural phenomena like Jesus walking on water and Lazarus being raised from the dead. These things obviously contradict our scientific knowledge; how can any person with a discerning mind treat them as events that actually took place?

But the Christian already accepts the existence of a God who pays attention to the things that happen in the world, and necessarily accepts the literal truth of the resurrection of Jesus Christ.6Did Jesus Really Rise From The Dead, M. Johnston (15 Feb 2020) Therefore both of the aforementioned miracles should seem possible by comparison. The God who made the universe and everything in it also determined how it functions. That set of functions is the very thing that science is reaching out to describe through experimentation. But God, by virtue of having set them up, is also able to overrule them through his own intervention, just as a child who builds a Lego world can reach down and move any brick they choose, even in ways impossible according to the world they have imagined in the Lego.

Science allows us to predict what will happen, based on the state of things at the moment: if a higher-density object (like a person) is placed on a lower-density liquid (like fresh water), then the object will sink into the liquid. Christians who believe in Jesus walking on water do not deny the science of buoyancy, and will wear a buoyancy vest when kayaking, but they also believe that God is very capable of making an exception to the rule to demonstrate his supremacy over the world he has created. 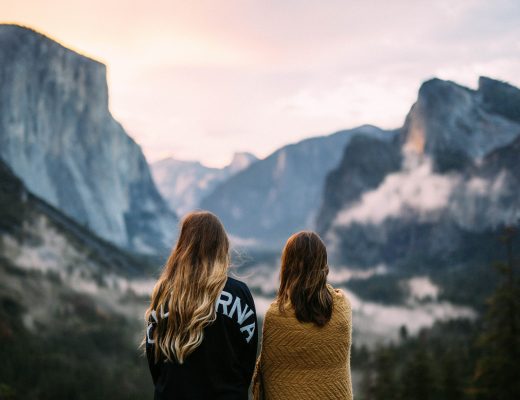 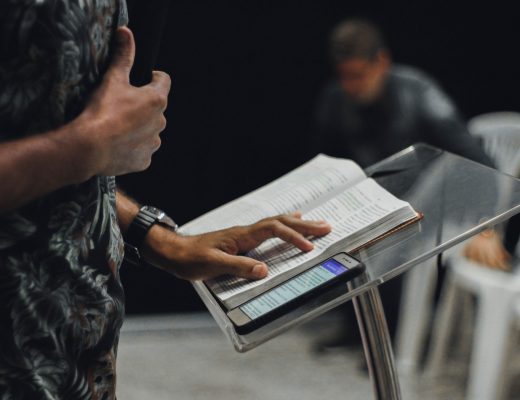 So Long as Christ is Preached