This is not a new question, with people having written sceptically about things that they cannot see for as long as they’ve been writing anything.1 Atheism has ancient roots and is not ‘modern invention’ Sometimes, it is claimed that belief in God, or many gods, is the ‘default position’ to be disproved because it’s ‘always been believed’. At other times, belief in the supernatural is rejected as an ancient superstition that modern people do not need to concern themselves with. When we consider the question of whether God exists we must think in neither of these ways, and instead look at it without prejudice towards those who do not believe the same as we do. Instead, let’s look for evidence and use sound logic to come to our conclusions.

Laying Out The Matter

A Statement Of Faith

It’s important to remember that whether you believe in God or not, you are believing in something. Atheism being a statement of faith is acknowledged by Richard Dawkins, who makes his scale of belief symmetrical.2Richard Dawkins’ Existence of God scale Both sides of the debate gather evidence to support their claim, but neither can be a scientific theory because science can’t test predictions that concern things outside of the universe.

The faiths we’re considering in this article are Athiesm, the belief that there is no god or gods, and Theism, the belief in a god or gods who intervene in the universe (and in this case specifically, God as the Christian faith reveals him). You may also hear the term Deism, which believes that although the universe may have been created by a supernatural being, it no longer intervenes in the running of the universe.

We expect that God is the creator, and that what he did to create life on earth was a process that would not occur by natural means. We must be careful not to phrase this argument as ‘God did the things that we don’t understand yet’, because that means that the more we understand, the less we need God.

These being statements of faith is an important thing to note for the sake of making sure that ‘faith’ and ‘science’ are not competing in this argument: both atheists and theists will use scientific observations to support their convictions of faith, as well as other kinds of reasoning.

Note that this is not ‘argument’ like a squabble, but the second definition of the word: ‘a reason or reasons why you support or oppose an idea or suggestion, or the process of explaining these reasons’.3Argument – definition (B2) We can generally sort the arguments for or against the existence of God into two types: those that rely only on logic, and those that are based on observations of the world around us. Although this might seem like a pointless bit of sorting, it is a useful thing to be able to keep in mind when discussing the matter with another person. If the person you are speaking with brings arguments that are based on observations, then providing arguments in return that are based only on logic is unlikely to lead anywhere. If you also argue based on observation then you will at least have to discuss together why you look at the world the way you do, and increase the chances of having a productive conversation.

These types of argument are not better or worse than each other – both have their strengths and their weaknesses and both will appeal differently to different people. Interestingly, both types of argument have a long history in Christian writings: Anselm wrote a purely logical argument4Anselm’s Proslogion; the ontological argument in the 11th Century, and Thomas Aquinas wrote five ways5Aquinas: Five Ways to prove God in the 13th Century based on the scientific understanding of the time. And they were good arguments, being at the forefront of critical thinking for at least 600 years, and modern variants on all their arguments still exist today. However, since purely logical arguments can be quite tricky things to get to grips with we shall focus on some arguments based on observations of the world around us.

The Mystery of Intelligent Life

We are not suggesting that there is merely some abstract force that brought the universe into existence, but rather a person who did so, and created a race of people ‘in his own image’, bearing hallmarks of his intervention and personality.

The proposed answer to this was the idea of a ‘Great Filter’: that at least one of the steps along the sequence of events that Drake had estimated the chances of was not as likely as he thought, and is instead nearly impossible to happen by random chance. This impossible step has prevented the development of intelligent life the same way that a filter prevents dirt from getting into places you don’t want it.

The crucial thing about the Great Filter is that there isn’t one step proposed: there are many possible things in Drake’s story of how we got here that may be as good as impossible. While the understanding of these processes is presented as an understood story in classrooms and the media at large, this is not so. You will find that most scientists whose work intersects with the history of life and our universe will talk about how much is unknown, and the impossible Great Filter could be any one of these unknowns.

But this isn’t an unexpected result for the Christian. We expect that God is the creator, and that what he did to create life on earth was a process that would not occur by natural means. We must be careful not to phrase this argument as ‘God did the things that we don’t understand yet’, because that means that the more we understand, the less we need God. Instead we can assert: ‘we believe that there is an otherwise impossible process in our history that God enacted that we might be here’.

The Mystery of Humanity

What is a human? Simply an intelligent life-form? Science fiction often takes up this theme by comparing us to inhuman intelligences and seeing what conclusions they can draw.6Particularly prevalent in the Cyberpunk sub-genre; see Neuromancer, Blade Runner, Ghost in the Shell, but also present in sci-fi as a whole, e.g. 2001: A Space Odyssey These artificial intelligences lack various things that we then attach to the definition of humanity: a sense of what is good and what is evil; a longing for justice; the ability to love and to know that we are loved; the act of passing on what we have learned to future generations; our desire for friendship and other social functions; our longing for a purpose. Of these features, generally only a sense of purpose is ever given to the inhuman characters (the robots, the A.I., etc.), and even then only to highlight the contrast with our own struggle to figure out our purpose. This demonstrates that we have no idea how we might artificially recreate these aspects of our humanity in things we engineer.

Therefore intelligence, in all its impossibility, is the simplest trait of all the things that make us human. Even if we could have come about by natural processes (which we have already stated to be impossible), intelligence is the only human trait we could expect to have. Since we are not only intelligent but so much more, we again require the intervention of an external actor to our universe – namely, God.

This idea carries another important facet to our argument for God’s existence: for God to create these features in humanity, it is implied that God himself has these traits, or ones similar to them. We are not suggesting that there is merely some abstract force that brought the universe into existence, but rather a person who did so, and created a race of people ‘in his own image’, bearing hallmarks of his intervention and personality. We could confirm this if we had some kind of evidence of God’s continuing interest in the state of humanity…

A God Of Purpose

We have previously written about the historical case for the resurrection of Jesus Christ. This alone should be considered a proof of the existence of God, because such an event is impossible by natural means and therefore demands the action of someone not governed by the laws of our universe. But in the scope of our present argument, this intervention by God demonstrates his active watching of our world, and his willingness to demonstrate his involvement at a point he desires to.

The Christian faith refers to the death and resurrection of Jesus Christ in the terms of those expected characteristics of God: we see the cross as a demonstration of God’s sense of right and wrong and his acting justly in light of that; a demonstration of his love towards humanity; a demonstration of the purpose for which Christ came and the hope which he held for the future. And so we can understand something of the character of the God who lives. Furthermore, we can discover the invitation for a relationship with him, made possible through Christ’s reconciliation, bringing about the perfection of all those human traits in ourselves.

Can You Trust the Bible? 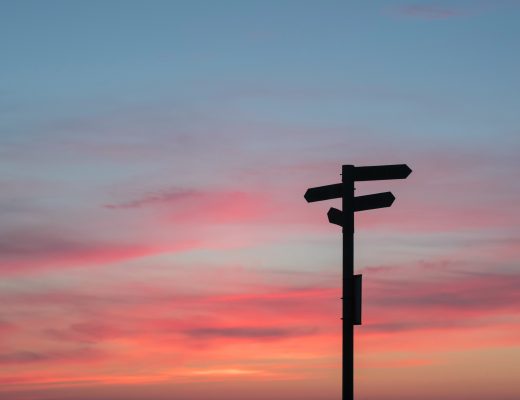 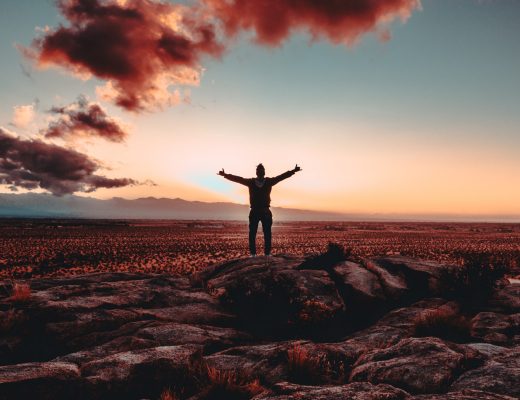